Skip to main content
All theory about VHF radio and practical operations within the course are shown on the GMDSS VHF simulator of Simrad's RD68 VHF radio. Here are some basic information about the simulator that should be considered. 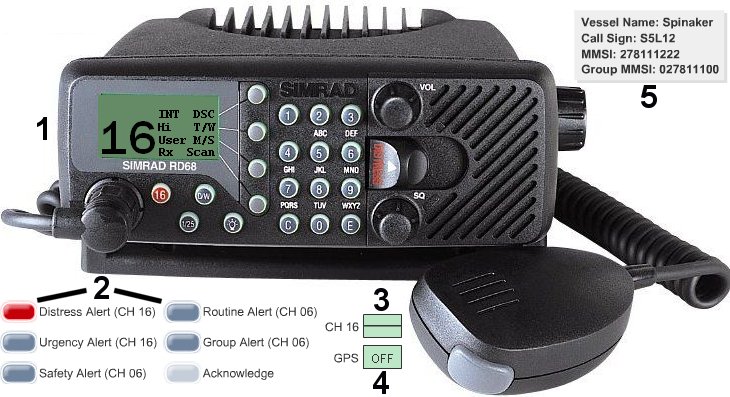 RD68 VHF radio simulator screenshot
The simulator illustrates:
Simrad's RD68 VHF radio integrates RT and DSC facilities. With some GMDSS radio installations, these two facilities may be provided with two separate equipments, that is, one for RT and the other for DSC.

The RD68 VHF is very simple to operate, with the controls falling into six groups: 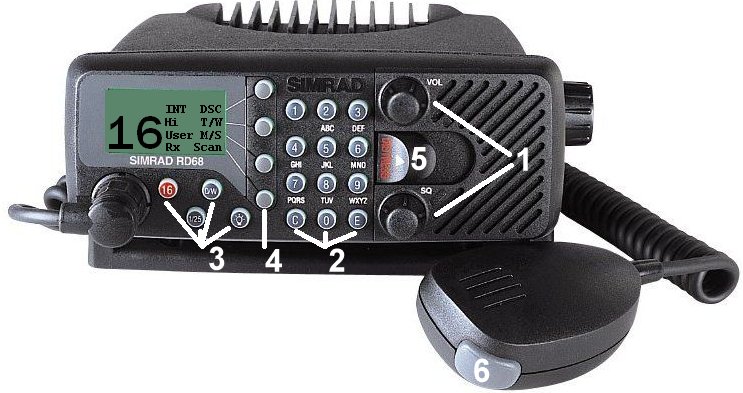 The radio functions are split into two main modes:
These modes are toggled by pressing the most upper softkey (labeled DSC or
Rad on the display).

The interaction with the user of the VHF radio is both:
The display shows information relating to both the RT and the DSC functionality.

For example, the display in the picture above is showing that VHF CH 16 has been selected (16), full power of 25 W is enabled (Hi), radio is in receiving mode (Rx).
New information is entered via the alphanumeric keypad and softkeys, for example entering position. The flashing cursor shows the position on which next entered character will be put. Backspace function that erases the last entered character and moves the flashing cursor to the left is enabled by the